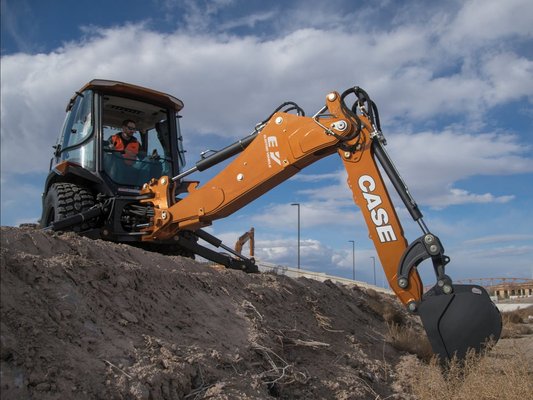 The construction equipment company is quite familiar with backhoe loaders: CASE claims it built the first factory-integrated one in 1957. And now, the company is progressing towards the future of electrification by creating what it claims to be the industry's first electrified backhoe loader.

The new Project Zeus has the same functions and power as a typical diesel-fueled backhoe loader. However, because it's electric, the cost of operating the 580 EV is significantly lower than operating its diesel counterpart, according to Case. It's also quieter and emits zero emissions, optimizing it for construction use in crowded cities.

The 580 EV's electrified quality also makes it appealing to companies that are encouraged to work with low emissions equipment, Case claims. Two units of Project Zeus will be delivered to companies in the US during the first and second quarter of this year. One will be sent to Avangrid — which services New England and New York — and the other to National Grid, which serves Rhode Island, Massachusetts, and New York.

What are you looking for ?